If you’re a TV and movie buff, it’s well worth planning a movie or TV inspired road trip. In order to visit some of the sets and backdrops to some of your favorite TV and film scenes. To discover 3 road trip worthy TV and film destinations, simply continue reading.

If you love the magic of The Harry Potter films, it’s well worth planning a road throughout England, to visit some of the franchise’s most memorable sets. As an example, it’s well worth visiting King’s Cross Station, which is where Hogwarts’ students would catch the Hogwarts Express in the Harry Potter films. As an added bonus, there’s a photo opportunity which will allow you to take a photo pretending to push a trolley cart through to platform 9 and 3/4.

Some of the other Harry Potter film locations which you’ll be able to visit on your road trip include Gloucester Cathedral, which is where the Gryffindor common room scenes were filmed and Lacock Abbey. The latter of which was where many of the interior Hogwarts’ scenes were filmed. You may even want to stop at London Zoo, where the scene was filmed where Harry uses parseltongue to talk to a boa constrictor. New Zealand – The Lord of The Rings and The Hobbit

All 3 Lord of The Rings films and all 3 Hobbit films were shot in New Zealand, one of the most breathtaking destinations in the world. On a road trip to New Zealand, you’ll be able to walk around Frodo’s home of Hobbiton, which is now a tourist attraction in Matamata. While touring Hobbiton, which is full of grass domed homes, you’ll even be able to enjoy a pint of beer and a beer in a Hobbit themed bar.

While in New Zealand, you’ll also be able to explore Mt Ruapehu, which you’ll know from the Lord of the Rings films as Mt. Doom. If you visit during Winter, you’ll even be able to ski or snowboard one of the mountain’s two ski resorts.

If you’re a keen hiker it’s also well worth spending some time hiking in Mount Aspiring National Park, which featured in the opening sequence of the the Lord of the Rings Two Towers.

Also make sure to visit New Zealand’s capital Wellington in order to tour Weta Workshop, which is part of Peter Jackson’s studios. Better yet right outside Weta Workshop, you’ll find three life sized mountain trolls, which you’ll be able to pose with, for a fun photo! You can also explore Ballintoy Harbour, which served as the backdrop for the Iron Islands as well as Cushendun Caves, which is where Melisandre gave birth to the shadow creature.

So what are you waiting for? Why not start planning a road trip of a lifetime to Ireland, England or New Zealand. In order to visit some of the backdrops and sets of the Lord of the Rings and Harry Potter franchises as well as the popular TV show, Game of Thrones. 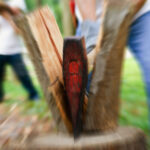 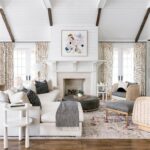 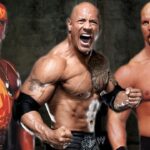 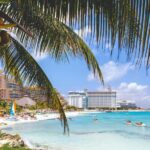