More and more people are making the decision to travel outside of the country, based on the increasing number of passport applications seen in recent years. In 2011, a little over 12.6 million were issued passports, and in 2018, that figure was more than 21.1 million, according to the U.S. Department of State – Bureau of Consular Affairs.

Just becauss you’ve purchased a new home in Colorado Springs doesn’t mean you’re not entitled to a vacation. If you’re one of those millions who plan on taking an international vacation for the first time, these travel tips are sure to be a big help. If you fly at all, you probably know what a pain going through airport security is, but you should know that coming back into the United States can be even worse. The good news is that chances are, wherever you’re going will feel like a breeze compared to that. Airport security in U.S. airports is constantly changing, so it’s hard to know what to expect. Some international airports allow you to go through a second security airport run by the United States, which means you won’t have to go through further security checks upon arrival which can make things much easier. That also means that you won’t be able to leave the gate area once you go through the second checkpoint, so be sure to be prepared.

The bottom line is, always allow extra time for going through security, especially when taking an international flight.

Make Copies of Your Passport

While you obviously need to bring your original passport with you, it’s also important to make several copies. Leave one copy at home or with someone you trust. You may also want to keep an electronic copy stored in your email that can be easily accessed on the road as well. Just in case your passport is lost or stolen, it’s a good idea to have a few copies with you to make sure you’ll be able to get back into the country or prove your citizenship.

Learn at Least a Few Basic Words and Phrases

If you’re planning to travel to a country where English isn’t the first language, be sure to learn a few of the basics of the language in the destination you’ll be visiting. Knowing how to count to 10 can help when you want to negotiate, and being able to say “yes” or “no” is also a must. “Please,” “thank you,” and “I’m sorry,” can help go a long way when it comes to maintaining good relations. For anything else, Google Translator may be your new best friend.

Contact your bank and/or credit card providers before you leave if you’ll be using your debit card and/or credit cards while overseas. It’s important to inform them of your travel plans as banks often think that’s fraud is occurring if transactions suddenly occur when you’re in Rome when you’re from Phoenix, for example. You’ll also want to make sure those cards will work in the country or countries you’re visiting. European banks have switched nearly entirely to the more secure chip-and-PIN technology and fewer overseas businesses accepted cards with outdated magnetic strips.

When you need money while in a foreign country, it’s almost always best to get it from an ATM, as conversion centers in airports typically cost a whole lot more. Speaking of cash, not every place accepts credit cards, so you’ll probably want to have some local cash in hand. 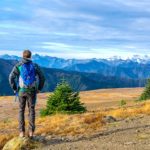 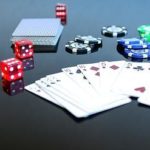 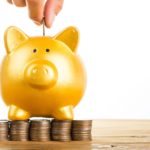